Ever since cartidge razors became popular in the latter half of the 20th century, the debate of safety razor vs cartridge razor has been furious.

However we believe that while the safety razor offers value, sustainability and performance with an open-source framework, the cartridge razor instead offers excessive capitalism, single-use plastic and expensive branding.

If you want to save money and save the planet while enjoying a superior shave see our guide to the best safety razors and start saving today.

In 1880 the Kampfe brothers patented a design for the world’s first safety razors which had a wire guard along the edge and lather-catching head. However, this was still a permanent razor blade that required sharpening with a specialist tool.

In 1901, the American inventor King Camp Gillette, with the assistance of William Nickerson, submitted a patent of a new variation of safety razor with disposable blades which was patented in 1904. That meant anyone could use a fresh sharp blade and simply dispose of it after rather than needing to have it sharpened.

Gillette realized that a profit could be made by selling an inexpensive razor with disposable blades. This has been called the razor and blades business model, and has become a very common practice for a wide variety of products such as inkjet printers.

That was all well and good and remained the system for much of the 20th century. However, later in the century brands started to compete by trying to improve the safety razor design with more blades.

The first of the multi-blade catridge razor systems was introduced in 1971 when Gillette debuted the Trac II, the first twin-blade shaving system, followed in 1976 by the first twin blade disposable razor for men.

The pivoting head was introduced in 1977 , the lubricating strip in 1985 and in 1989 Gillette introduced the Sensor, the first razor with spring-mounted twin blades.

Shaving is serious business: in the UK alone, men spend more than a quarter of a billion pounds a year on razors and blades. That market is dominated by Gillette, which claims a 79.8% value share.

Neither Gillette nor Wilkinson Sword would reveal the size of their annual research and development budget. But in 2005, Peter Hoffman, then the president of Gillette’s blades and razors division, told BusinessWeek that the development of the Fusion cost slightly less than the $680m they’d spent on creating the Mach3 a decade earlier.

What is clear from this history is razor companies have been constnatly trying to reinvent the wheel and keep selling ever more complex and expensive razor blades. In reality, we feel that the original design of a simple safety razor blade offers a superior shave at a fraction of the price.

More recently, 163 million consumers in the U.S. used disposable razors in 2018. Of the 260 million tons of plastic that the world produces each year, around 10% ends up in the ocean.

Disposable razors are clearly a massive problem. And cartridge razors aren’t far behind. The materials that make up razor handles and razor heads are varied and complex, meaning they cannot be recycled easily.

A traditional safety razor on the other hand uses just stainless steel, perhaps with a fine plating of platinum or ceramic that means they are usually recyclable.

We’ve all asked why do razors cost so much. It goes back to that capitalistic competition between razor brands. Every model is a new, innovative and sexier version of the previous cartridge razor with more blades. We’ve even got to a point of heated razor blades.

These innovations take needless time and research, which then goes into the normous markup of the final product. Why are razor blades kept behind the till? Their final price puts them in the same category as luxury spirits.

In 2009 the UK Government watchdog the Office of Fair Trading exposed the huge markups charged by razor companies like Gillette.

The products cost as little as 5p to make, industry insiders have revealed but consumers were charged up to £2.43 a piece – a mark-up of more than 4,750%.

A pack of four Fusion Power cartridges costs only 20p to manufacture, plus 8p for packaging. But they were sold for £9.72 – a mark-up of £9.44. Ten years later that price has not come down.

Safety Razor vs Cartridge Razor: Ease Of Use

It goes without saying that cartridge razors are easy to use. You get what you are given and drag it across your face. A pivot on the handle finds the optimum angle for you. Some razors even pivot around the contours of your face.

A safety razor isn’t quite so easy, but isn’t exactly rocket science, simply hold the blade at a 30 – 40 degree angle against your face and use the weight of the safety razor to shave. You’ll find your ideal angle with very little effort. For awkward parts of the face like the chin you’ll learn what works for you.

Perhaps the biggest difference with a safety razor vs cartridge is the attitude. Wet shavers who use a safety razor tend to care deeply about their shave, and why not given they pay more upfront for the best safety razor. Everyone else using a cartridge razor hardly cares. 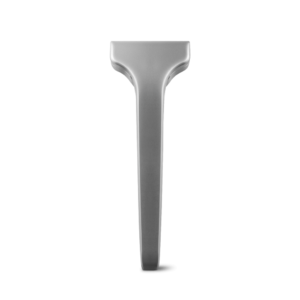